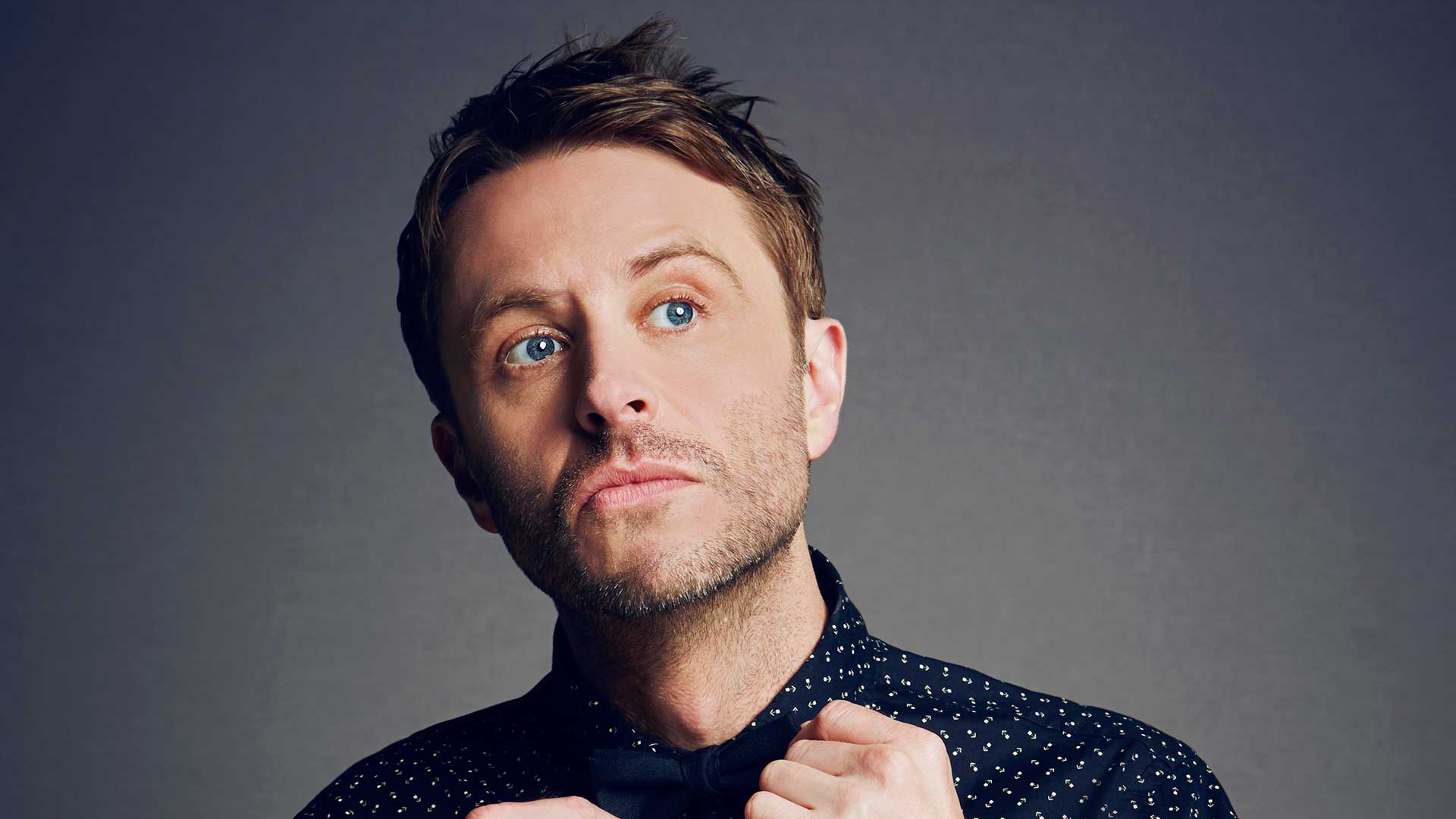 Special Engagement - No Coupons or Passes

Chris Hardwick is a comedian, actor, TV host, author, writer, producer, and podcaster whose quick wit and up-to-the minute intellect have made him the voice for a generation of pop culture enthusiasts. Hardwick currently serves as founder, CEO, and creative head of Nerdist, a media empire under the Legendary Digital Network that encompasses the Nerdist.com website, YouTube channel (over 2M subscribers), and a podcast network of 49 shows that includes Hardwick’s own incredibly successful Nerdist Podcast, which he continues to host weekly and garners over 5.5M downloads per month. He has attracted some of the biggest names in the world as guests on the show, including Tom Hanks, Mel Brooks, Jodie Foster, Tom Cruise, and Sir Paul McCartney.

Hardwick also serves as host and executive producer of NBC’s hit game show series The Wall and has an extensive multi-year deal with AMC which sees him hosting and executive producing multiple programs for the network. His AMC duties include not only new programming but continuing to serve as host and executive producer of current and new Talking live after shows, including the highly rated Talking Dead, Talking Dead: Fear Edition, Talking Saul, Talking Preacher, and Talking with Chris Hardwick. Additionally, he will develop, executive produce, and host NBC’s upcoming series The Awesome Show, which will highlight stories of revolutionary scientific and technological advances and will marvel at the tremendous feats that humans are capable of when they utilize them.

On stage, Hardwick continues to solidify himself as one of today’s top touring standup comedians and is currently on his latest national comedy tour. In 2016, he wrapped his Funcomfortable tour, during which he shot his newest one-hour comedy special of the same name. The special premiered on Comedy Central, and Hardwick later made it available for a limited time as a streaming 50-minute Nerdist Podcast. An extended deluxe edition is currently available for purchase on iTunes and across digital platforms. His first comedy special, Mandroid, aired on Comedy Central in 2012.

Off-screen, Hardwick partnered with Shadi Petosky at Puny Entertainment, an interactive entertainment and animation studio. The duo’s first original series, Danger & Eggs, is streaming now on Amazon and earned a 2017 Critics’ Choice nomination for Best Animated Series. Hardwick also recently beefed up his production duties with the launch of two new production shingles. His “Fish Ladder” company has a first-look deal with AMC Studios and already has several projects in the works including Underbelly and Natural History. Additionally, he recently announced a collaboration with Blumhouse Productions on a three-picture, first-look deal for films produced under the Blumhouse banner.

In June 2017, Hardwick launched his first-ever ID10T Music Festival and Comic Conival, a two-day festival celebrating music, gaming, comedy, technology, and all things pop culture. The festival will return for a second year in 2018.

Hardwick served as a contributing writer for Wired Magazine for six years and released his first book, The Nerdist Way: How to Reach the Next Level (In Real Life), in 2011.