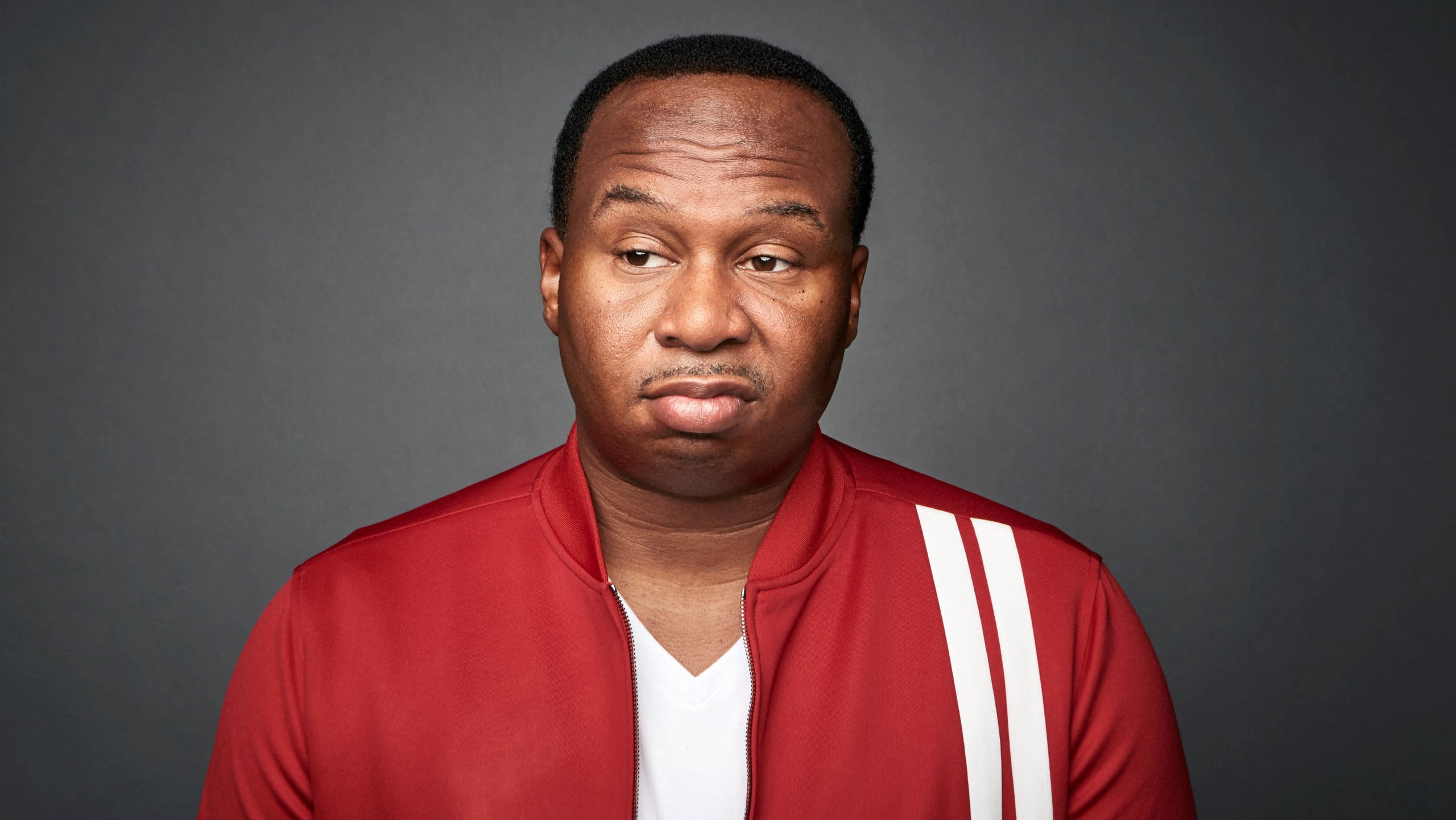 From "The Daily Show"

Roy Wood Jr.’s comedy has entertained millions across stage, television and radio. Roy joined Comedy Central’s Emmy-winning “The Daily Show with Trevor Noah.” in 2015 as a correspondent. In 2017, he was named the new host of Comedy Central’s storytelling series, “This is Not Happening,” which returned with new episodes on February 1st. His first Comedy Central one-hour stand-up special, “Father Figure,” premiered in 2017. This was followed by his Roy’s second Comedy Central one-hour stand-up special, “Roy Wood Jr.: No One Loves You,” in January of 2019.
Entertainment Weekly has described the thought-provoking comedy of Roy Wood Jr. as “charismatic crankiness.” Prior to “The Daily Show,” Wood co-starred for two seasons on TBS’ “Sullivan & Son,” playing the loving drinking buddy of star Steve Byrne, who has returned to Pittsburgh to run the family bar.

Wood, a native of Birmingham, Alabama, began his comedy career in 1999 at the age of 19 while attending Florida A&M University. In October 2006, Wood made his network television debut on “The Late Show with David Letterman.” In 2008, he appeared on HBO’s historic “Def Comedy Jam” and was later selected by America as one of the top three finalists on “Last Comic Standing” on NBC. Wood is a regular on “The Tonight Show with Jimmy Fallon,” and “The Late Show with Stephen Colbert.” And has also appeared on ‘The Late Show with Seth Meyers’ and “Conan,” He has also performed for the troops on numerous USO tours in the Middle East and the Pacific Islands.

Wood in addition to his career in comedy & TV, Wood was also an award winning radio morning show host for 10 years in Birmingham (95.7 Jamz) and later for two years in Atlanta (KISS 104.1). His numerous prank calls are still a staple to this day on nationally syndicated ‘Rickey Smiley Morning Show’.