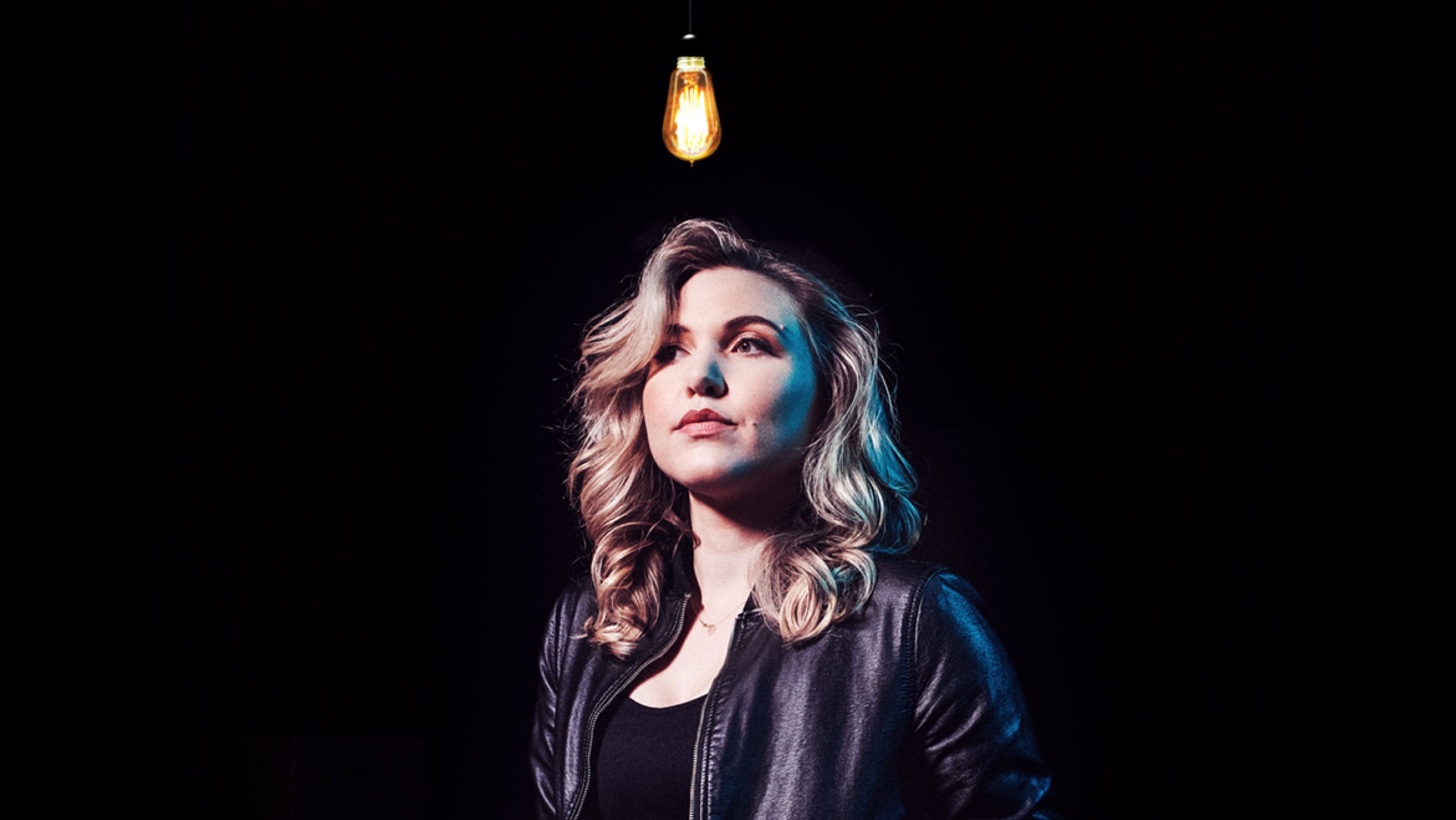 From Netflix, CONAN, "The Tonight Show" and the "Self Helpless" podcast

Taylor Tomlinson’s perspective possesses a degree of wisdom that’s typically earned with age. Named to Forbes’ 2021 class of 30 Under 30, fans got a healthy dose of that wisdom when her first-ever, hour-long special, “Quarter-Life Crisis,” debuted on Netflix last March just as the world entered into a once-in-a-century pandemic. The special went on to earn unanimous critical praise with the Washington Post calling her “your favorite quarantine-watch” and Newsweek opining she is “undeniably hilarious” and “wise beyond her years.” Focusing exclusively on Taylor’s old-soul clarity is tempting, but what makes the woman Mashable calls “whip-smart and spectacularly cynical,” stand out isn’t just that she seems too young to understand youth so well. It’s that she combines that vision with on-the-nose immediacy that can only come with still living in the moments being lampooned.

“I think that’s what comedians do: We’re funny in the moment,” Taylor says. “We’re just so self- reflective and narcissistic.” She laughs, then adds, “But I’ve always felt older than I am. That virus joke is similar to a lot of material in my first Netflix special. It’s me being frustrated that I’m in a period of my life that everybody talks about like—”Ooof, yeah, that was hard. It was fun! But I wouldn’t go back for anything.” Performances on The Tonight Show Starring Jimmy Fallon, CONAN, Comedy Central’s Adam Devine’s House Party, and Netflix’s The Comedy Lineup, as well as a top-ten finish in season 9 of NBC’s Last Comic Standing, have all endeared Taylor to a national audience. Variety Magazine named her one of the Top 10 Comics to Watch at the Just for Laughs Festival, and she’s a regular on What Just Happened??! with Fred Savage. Taylor spent much of 2019 filling clubs across the country on her own headlining tour and in 2020 despite the COVID-19 pandemic continued to grow her fan base with the seven-city, 19 show The Codependent Tour, her first co-headlining tour with fellow comedian Whitney Cummings. The socially distanced, outdoor performances kicked off in Philadelphia in Sept. with 5 shows and that initial success led to the addition of 14 more shows in six different cities. Along with Delanie Fischer and Kelsey Cook, Taylor also co-hosts Self-Helpless, an iTunes Top 100 podcast that combines hilarious send-ups of self-help books, trends, and more with genuine explorations and buy-in from the hosts. “We are all constantly trying to better ourselves––we’re all perfectionists. Originally, we were like, ‘We’ll make fun of self-help, and it’ll be hilarious!’ But then, we found we actually agreed with things or found stuff that really helped,” Taylor says of the podcast.

Taylor is in her mid-twenties, but she’s honed her craft for more than a decade. The California native began doing standup at 16 after taking a class with her dad––and she never stopped. Churches, schools, and fundraisers were her first stages. When Taylor turned 18, she played every club in San Diego that she could. “When I started doing standup, it was the first time I felt comfortable with myself,” Taylor says. “I think people I went to school with were surprised––I was kind of quiet and introverted.” Dating, friendships, our evolving relationship with technology and reality––Taylor skewers modern twenty-something life with self-deprecating precision. Raised in a conservative home, Taylor also prods Christianity and privilege with that same blend of distanced awareness and personal familiarity that defines her jokes about her age. “I’m a perfectionist. I’m not really a risk-taker––being a standup comic to me is already risky enough,” she says. “I don’t drink. I don’t party, and I never have. My mom died pretty young. I think when that happens when you’re a kid, you realize sooner than other people that you aren’t in a bubble. You lose that self-perceived invincibility a lot of young people have.”

Taylor’s Netflix special was the culmination of years of writing and performing, and it showed. The set was a masterful display of deft timing, crowd connection, physicality, and smarts. The material changed over the months that passed from pitch to performance, reflecting shifts in Taylor’s own life. “A lot happened over the summer of 2019,” Taylor says. “I ended up breaking off my engagement. It was a lot of growth in a very short period of time. It changed the hour a lot from what I had submitted back in February––and I think made it better.” For filming the special, Taylor chose the Aladdin in Portland, Oregon.

“I found out I got the special and enjoyed it for about 20 minutes, then I got really stressed and was pretty laser focused,” Taylor says, laughing a little. “You think you’ll take a break after you film it, but then you realize, ‘Oh shoot. I need a whole new hour of material––I can’t take a break!”

The special went on to be named “Best of 2020” by New York Times, Decider, Paste and more. And Vulture’s “comedian you should and will know” is just getting started! She has already developed a whole new hour of material and can’t wait to get back on the road later this year when safe to do so and share her observations and self-discovery from quarantine with the world. “I just don’t think there’s anything better than having a room full of people laugh at something you said. All I really want to do is be really good at standup––and continue to get better at it,” she says. “Saying ‘that’s all I really want’ feels insane because it’s so much to want.”